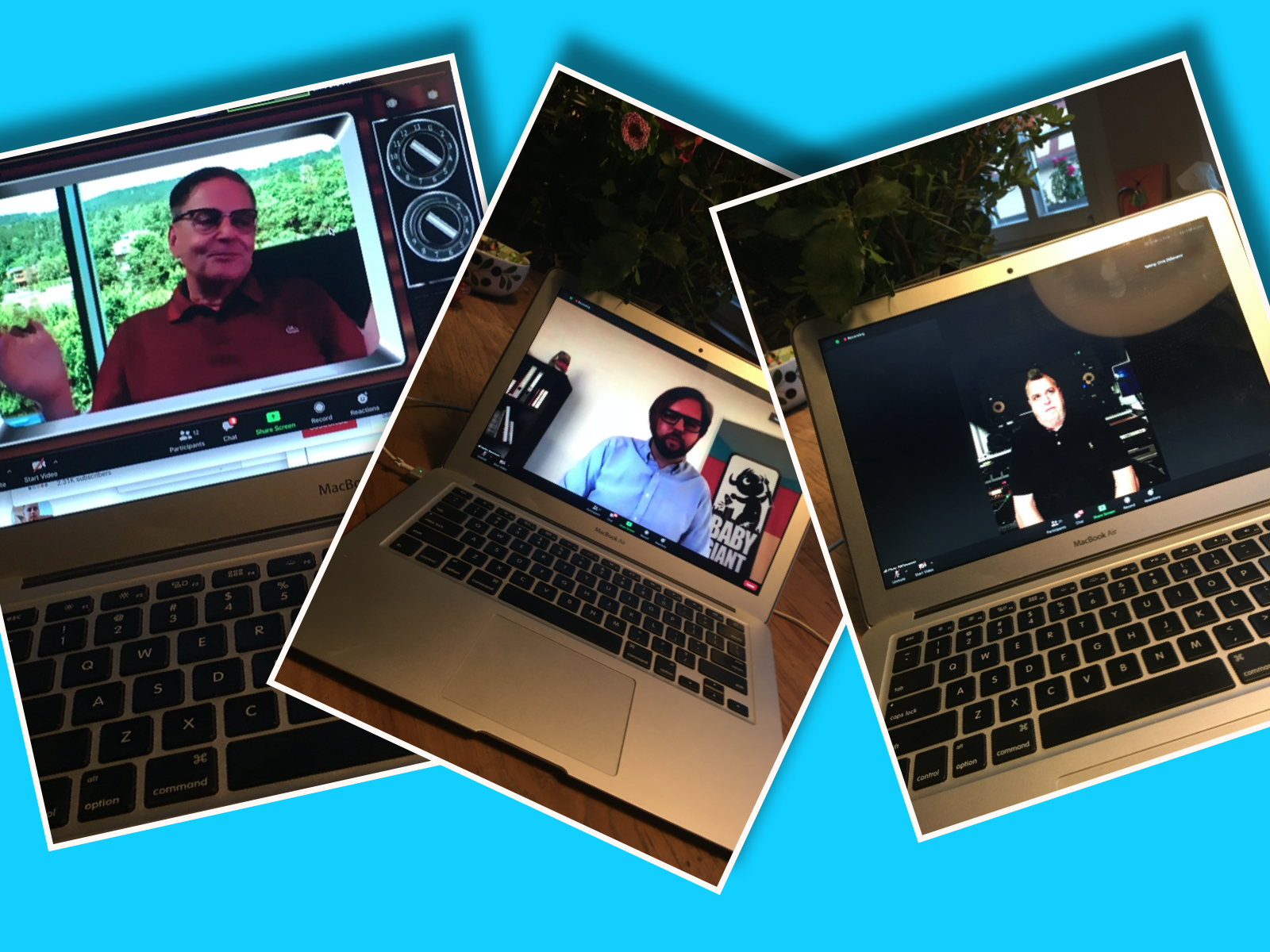 Thomas Leiser, AGBC-Frankfurt VP of Programs, hosted from his home in Gießen, and opened the discussion with Heiko Nemmert in Potsdam and Chris DiGiovanni in Hollywood.

Mr. Nemmert, CEO, and Mr. DiGiovanni, Partner & Producer, began their presentation with slides showing the enormous demand for streaming content. According to Mr. Nemmert,”There is an unprecedented demand for content,” and it began well before COVID 19. He said in the US the average person watches 38 hours of streaming content per week, and 68% of Germans watch streaming content daily. Looking forward, he said “There will be a gap in content in about 6-9 months which will last about 12-36 months.”

Mr. Nemmert and Mr. DiGiovanni explained that production studios across the world shut down because of COVID-19 and are only now only beginning to open. Mr. DiGiovanni explained how animation studios, including Baby Giant, are filling the void and desire for content. He said advances in technology are making animation very realistic, relatively inexpensive, and capable of being done remotely that supports “social distancing.” He empathized the importance of animation by stating, “Live action and animation are coming together…and animation is able to reduce human crews by 50%.”

Mr. DiGiovanni predicted that traditional network TV and cable networks will suffer due to the lack of new content and growing popularity of streaming content; but traditional drive-in-theaters will make a come-back! Mr. Nemmert said “There will be a lot more direct to VOD (view on demand) releases,” and offered the recent release of Trolls with its $95M revenue in 3 weeks as evidence. He added that the desire for novel content will also result in a further “…rise in user-generated content from apps including YouTube, TikTok and Instagram.”

Mr. DiGiovanni must have taken note of the word “Business” in AGBC. He ended the presentation by suggesting people should invest in content providers because there is definitely a market for it.