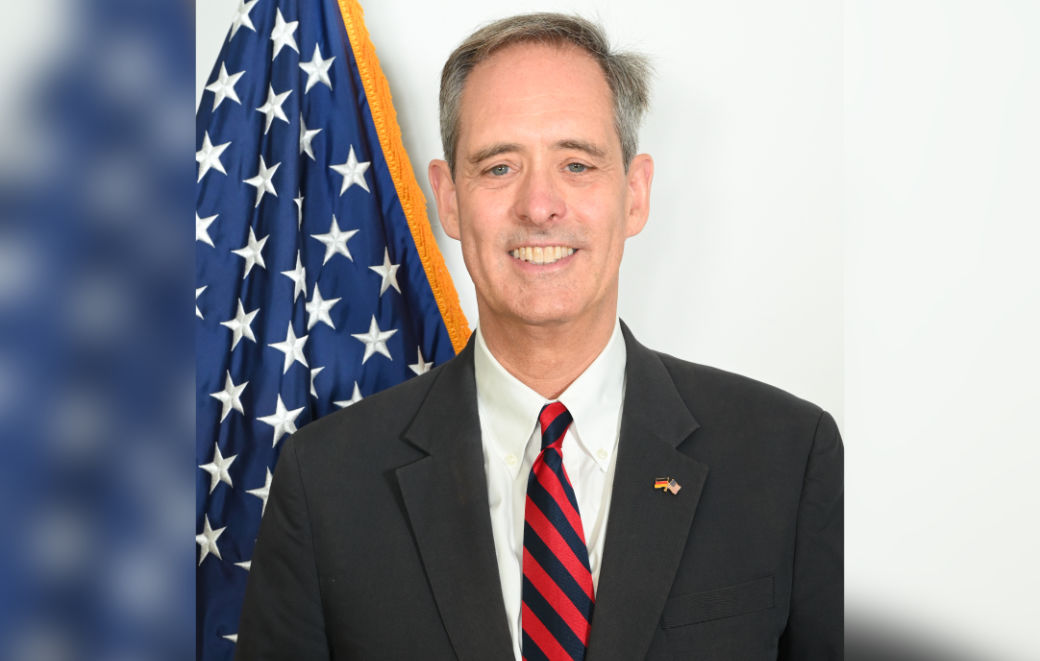 The American-German Business Club Frankfurt e.V. is pleased to welcome newly arrived Norman Thatcher Scharpf, Consul General of the United States in Frankfurt at a dinner reception on 29 September 2021 at the Union International Club beginning at 18:30 hours.

Mr. Thatcher Scharpf takes over for Patricia Lacina who transits to New Delhi, India after three years in Frankfurt.  Prior to his appointment as Consul General Frankfurt, since August 2018, Mr. Thatcher Scharpf served as Deputy Executive Secretary in the office of the Secretary of State.  Prior thereto, he was Counselor for Management Affairs of the U.S. Tri‑Missions in Vienna from 2015 to 2018, Deputy Chief of Mission of the U.S. Embassy Bratislava from 2012 to 2015.  He also served as Deputy Director of the Office of Specialized and Technical Agencies in the State Department’s Bureau of International Organization Affairs. Other overseas assignments include Belgrade, Tallinn, Zagreb, Warsaw, and Sao Paulo.  Mr. Thatcher Scharpf served also as a Surface Warfare Officer in the U.S. Navy.  He received the DEFENSE MERETORIOUS SERVICE MEDAL, the NAVY COMMENDATION MEDAL and the NAVY ACHIEVEMENT MEDAL.

Thatcher earned a Bachelor´s degree in Economics from the University of Pennsylvania and a Master´s degree in National Security Resource Strategy from the National Defense University.  In addition to English, he speaks Slovak, Portuguese, Spanish, French, Serbo-Croatian, Polish, and Estonian.

Please join with the American-German Business Club to welcome Consul General Thatcher Scharpf to his new assignment at one of the World´s largest diplomatic enclaves outside the USA.

As we are limited to a maximum of 50 attendees at this event, please do not delay registering.