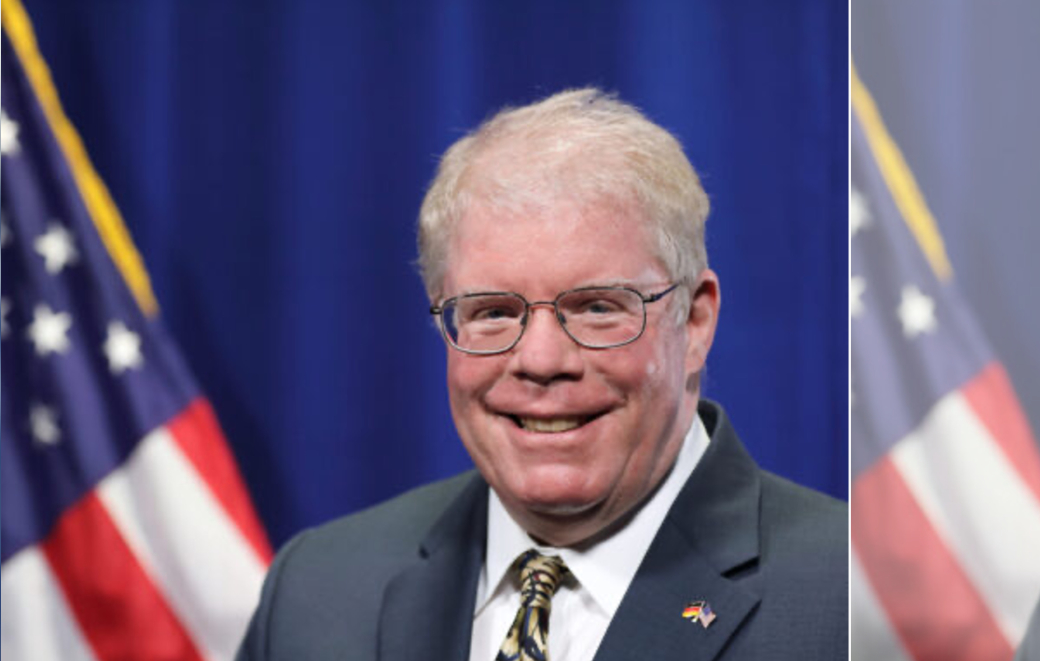 Discussions on the Transatlantic Relationship in the New Administrations

The American-German Business Club Frankfurt e.V. will host a dinner presentation on 21 October 2021 beginning at 19:00 hours in the Ball Room of the

Since the U.S. Senate has yet to confirm an Ambassador to Germany, Mr. Price is the highest-ranking U.S. diplomat based in Germany.  As a presenter at a past AGBC Economist Luncheon, a panelist in the AGBC series „Trumponomics“ and the presenter in a ZOOM session of 1 July 2020 entitled „U.S. -Europe Relationship During a Difficult Time“ he is well known to the American-German Business Club-Frankfurt.  We welcome him back „home“ to Germany and, especially, to Frankfurt am Main

Mr. Price will speak about:  „The Transatlantic Relationship and Recent Changes in Diplomacy“

In the way of biographical history, Mr. Price arrived as Deputy Chief of Mission at the Embassy of the United States of America in June 2021.  Immediately upon his arrival he became Chargé d´Affaires ad interim.

Previously, he served as Director, European Union and Regional Affairs based in Washington D.C.   Prior thereto he served as Economic Minister Counselor at the U.S. Embassy, Berlin from 2016 until 2019.  He also served as Deputy Chief of Mission, U.S. Embassy Yerevan, Armenia and in the Russia Directorate at the National Security Council.

Mr. Price received a Bachelor of Arts in Economics from the University of Chicago and a Master of Arts in International Relations from the Johns Hopkins School of Advanced International Studies. In addition to English, he speaks German, Greek and some Armenian and Hebrew.