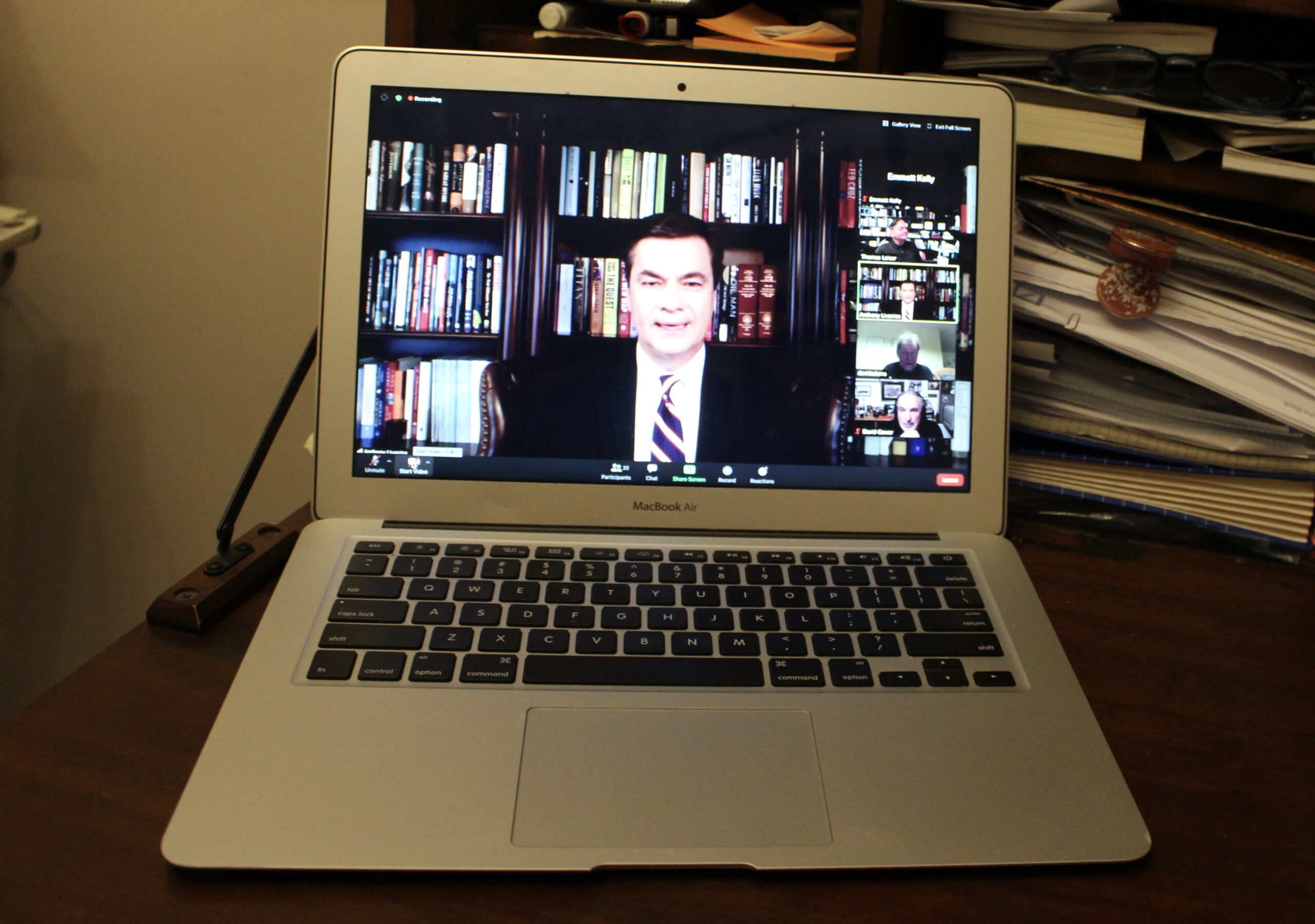 American Economy and Energy Industry in Covid Times: What Lies Ahead

Mr. Livanios, a 30 year veteran of the energy industry and current CEO of U.S. Energy Stream (an oil and gas advisory firm in Houston & Frankfurt), opened by stating, “My goal tonight is to put the volatility and uncertainty of the energy industry into perspective.” Mr. Livanios didn’t downplay the severity of the situation. “The situation is unprecedented, like science fiction. We are experiencing the largest decline in energy use in percentage and absolute terms. This is double the crisis of 2008.” He added that “The natural gas situation is much worse. ‘Perfect Storm situation.’ Highest recorded decline and on way to largest demand shock in natural gas demand in history."

Mr. Livanios spoke about U.S. presidential election, and said “The energy industry will have regulatory challenges regardless of the next U.S. President. We will have higher taxes and lower profits.”

Mr. Livanios spoke in detail about the impact of COVID and suggested the worse is yet to come. He believes financial support to individuals and business will end when a vaccine is invented and then “The world will then face the biggest crisis without government support.” He suggested “zombie companies” will collapse and unemployment will sky-rocket. He added that the debt taken on by governments will be among the biggest challenges to future economic growth.

Mr. Livanios was asked about Nord Stream 2 during Q&A. He responded “Nord Stream 2” is a complex issue and has three angles. For the U.S., its a national security issue; and one of the few bi-partisan agreements in the U.S. Congress.” Regarding Germany, he said “Germany’s goal is ‘optionality.’ It wants a secure, low-cost and dependable supply line." Lastly, he made the point that businesses ultimately are funding and pushing these projects…not governments.

Another guest then asked about Eastmed, a proposed mediterranean pipeline. He replied “All projects will face challenges. There isn’t money now for pipelines.”

Mr. Livanios ended the program saying “There will be some major changes in the industry. There are currently harsh economic realities. Unfortunately, accurate predictions can’t take place at this point.”